When Aimee and Bill LaCalle reflect on their company’s highest priority, one word comes to mind—culture.

As the founders and owners of LaCalle Group, the parent company of continued and sister company Simucase, the LaCalles believe culture is the fundamental building block of their company and attribute its success to this philosophy.

When Aimee, an audiologist, and her entrepreneurial husband, Bill, started the company that would ultimately become a leading provider of online continuing education, they believed that a strong company culture would be key to their success.

This culture includes placing the highest value on collaboration and innovation, a practice that started with a mere handful of employees 20 years ago and remains paramount as the company has grown to now surpass 100 team members and counting.

“From the very beginning, culture has been our primary objective,” Bill said. “By focusing on culture, we have an organization that feels like a family. By thinking of our team as family, they in turn take care of our customers.” 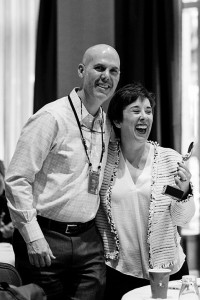 The LaCalles grew up in the small town of Eunice, Louisiana, and credit their rural upbringing for the family-centered culture they’ve strived to instill in the company. The couple didn’t have to look further than the influences of their hometown, family, and friends to know how they wanted the company to feel—like a family.

Upon graduating high school, Bill earned business and English degrees from the University of Texas, while Aimee embarked on her audiology training through the University of Louisiana system. The two reconnected after college, were married, and settled in Texas.

Bill, who had a lifelong love of business from working in his grandfather’s hardware store, founded and led a Texas-based home improvement company as Aimee established her audiology practice in San Antonio.

TECHNOLOGICAL REVOLUTION IN THE HEARING INDUSTRY: AudiologyOnline is born

In the mid-1990s, the audiology profession was rapidly changing with technological advances, particularly with cochlear implants and digital hearing aids.

Aimee was traveling back and forth from San Antonio to Gainesville, Florida, to pursue her doctorate in audiology from the University of Florida. Bill, always the entrepreneur, began working alongside her to envision the future of her industry.

“As I pursued my doctorate, I was getting up-to-speed on the latest advances that were taking my industry by storm while at the same time forming a valuable network of colleagues,” Aimee said. “Technology was changing so quickly, but it’s often difficult for people to leave their practice and families to travel for continuing education. We started thinking that perhaps we could bring this type of training and professional network to the masses by developing an online platform for people to come together and learn.”

By recognizing this need for quality, convenient training, Aimee and Bill pioneered an unprecedented online learning platform for working professionals in 1999, which later evolved into what is now AudiologyOnline.

It was also during this time that they started their family and welcomed sons Will and Jack. Aimee and Bill’s priority to be present in their sons’ lives, combined with a deep desire to travel, inspired them to establish a 100% virtual workplace.

“Our personal and professional aspirations were tightly woven from the beginning, and as our company grew, we wanted our team members to have the same opportunity to grow in their careers without the constraints of a traditional office setting to keep them from their families, travel, or other interests,” Aimee said.

Over the past 20 years, Aimee and Bill have traveled the entire United States and throughout the world with their sons while growing their e-learning company beyond the audiology profession to include additional fields under the master brand continued.

“The virtual workplace is an outgrowth of the lifestyle that Aimee and I wanted to have,” Bill said. “To us, the benefits of remote work far outweigh the cons. The people we recruit are self-starters, and as the company has grown, we’ve added to our talent and expertise without geographic constraints.”

“Aimee and Bill’s commitment to a positive workplace culture was tightly woven into the fabric of this company from its inception and has been continually reinforced through the years, withstanding significant growth, change, challenges, and success,” said CEO Tony Perlak. “This dedication to our company culture has twice been recognized by Great Place to Work, which is a reflection of the culture started by the LaCalles and upheld by the entire team through steadfast collaboration, innovation, and excellence.” 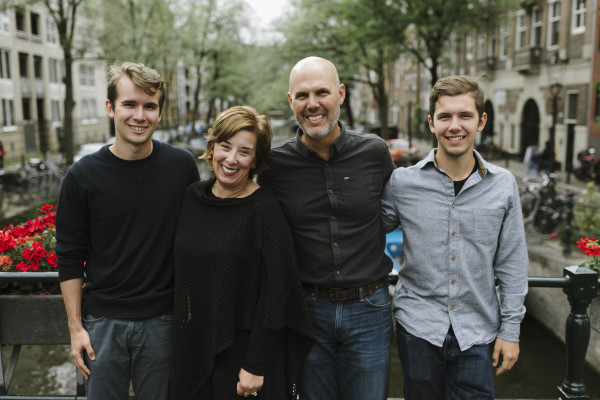 A day in the life of a virtual CMO