What Are Some Urban Legends About ADHD?

What are some urban legends about ADHD?

In general, boys are more frequently diagnosed with ADHD. They tend to make up a larger portion of the population of diagnoses of ADHD, but the actual prevalence of ADHD among boys and girls is not as different as is reported. Boys typically are reported to have a ratio of ADHD of 2.3 to one, so a little more than two boys to every one girl diagnosed. The difference is that boys typically present as more hyperactive than girls. As a result, they warrant attention faster. Girls tend to be more inattentive in presentation and are generally much more daydreamers. As a result, they don't draw the same reactions. We generally don't get as concerned about the little girl who just colors for hours and maybe doesn't always listen super close as we do the boy who has now run in traffic three times. Boys tend to come to the attention of medical professionals sooner because of the severity of the behaviors and their hyperactivity and impulsivity are larger, not because they are somehow more predisposed to developing ADHD.

We do know that children diagnosed in later childhood (over the age of eight) generally have lesser symptoms and will always have lesser symptoms. These are kids who might have been diagnosed in 3rd grade. We do see diagnosis really pick up around 3rd grade, and that is because of a shift in curriculum. Kindergarten, 1st, and 2nd grades really are about the basics of learning how to read and learning basic math skills. There's still a fair amount of playtime involved. Then, when we get to 3rd grade, that shifts to this place of beginning to have textbooks, beginning to engage in longer projects and having to be able to read to do math problems. The expectations become compounded and as a result, inattentive tendencies that we have had historically get brought to the forefront. For those kids that are diagnosed in 3rd grade and later, we see that those are also the children that, with some intervention and some coping skills, won't carry that diagnosis throughout life. They will be the ones, who at some point, no longer have enough difficulty to warrant an actual diagnosis.

Another urban legend to debunk is that individuals with ADHD don't actually have difficulty with attention. It's not so much about deficit of attention. Kids with ADHD often have bouts of what we call hyperfocus, where they will get into a thing, whatever that thing is, and can do that thing for hours. They may play LEGOs or video games or Minecraft or build a fort outside and spend hours doing that one thing. They get involved in something and stay with it for long periods of time. It's not so much that kids with ADHD can't pay attention. It is that that neurologically, they don't have the capacity to isolate different sources of input and prioritize where to put their attention. For many of us, we can drown out the background noise. For example, in this current moment, I can choose to be present here and can drown out the noise machine in the hallway or the guy down the hallway who just cleared his throat or if the telephone rings. However, if we struggle with ADHD, we hear all of it at a volume of 10 and can't really figure out where is the place that we're supposed to be. It's much more about executive function in the frontal cortex of the brain and about being able to prioritize and pick where to place attention and less about actual lack of attention.

This Ask the Expert is an edited excerpt from the course, ADHD 101:  Bringing Focus to the Confusion, by Alison Peak, LCSW. 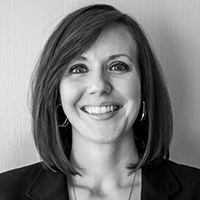 Alison D. Peak LCSW (Allied Behavioral Health Solutions, Nashville, TN) received her Master's in Social Work from the University of Michigan with an emphasis in Interpersonal Practice with Children and Youth and Infant Mental Health. Alison is the Co-chair of the AIMHiTN Endorsement Committee and a member of AIMHiTN's Leadership Cohort. Alison also has two post-graduate degrees, Integrated Behavioral Health in Primary Care and Pediatric Integrated Health Services. Alison is passionate about working with children with histories of early trauma, families with adopted children, and youth in DCS custody. Alison seeks to meet these children and families where they most often present for assistance, their physician's office, and to assist in collaborating with primary care providers to optimize services for children and families.

1 /early-childhood-education/ece-ceus/course/aces-understanding-trauma-in-children-31235 ACEs: Understanding Trauma in Children's Lives This course provides information regarding Adverse Childhood Experiences (ACEs) and their impact on early childhood development, brain architecture, and health outcomes. After a brief overview of the Adverse Childhood Experiences (ACEs) study learners will take an in-depth look at the behavioral manifestations of children with high ACEs and ways to navigate those behaviors and needs in the classroom. Finally, learners will consider the impact of an educator’s own ACEs on their interactions in a classroom and the role of reflective capacity in addressing these ACEs. Please note: This course series is comprised of the following individual recordings: #31194, #31196, and #31202 auditory, textual, visual

ACEs: Research for Understanding the Early Experiences of Young Children

ACEs in the Classroom: Addressing Early Trauma in an Early Childcare Setting