What is the Difference in Allergic Reactions and Anaphylaxis?

What is the difference in allergic reactions and anaphylaxis?

I saw a case where a teenager was on a sulfa antibiotic. He'd had that medication before and never had a problem with it but he woke up that morning and was itching everywhere from the top of his head to the bottom of his feet. He had little welts appearing, swelling, bumpiness, and itching. He immediately went to the physician who prescribed it, who was also an allergist, and they watched him very carefully for the next hour, giving him Benadryl, Claritin, and some other antihistamines. He no longer can take any kind of medication that includes sulfa in it. You must be very careful about allergic reactions.

With allergic reactions there's something called anaphylaxis. This is life-threatening. Anaphylaxis is an allergic reaction to a substance, whether it's food, medication, or something else. If you give a child a medication and they start to have any of these symptoms, call 9-1-1. If you see any breathing problems, no matter how slight they are, call 9-1-1. If you notice the child is not breathing as they normally do, that's a breathing problem.

Another symptom to call 9-1-1 for is any swelling of the face, the lips, the tongue, or the throat. Young children are not going to be able to tell you if they're swelling, but they might be reaching for their throat, you might notice breathing problems, or they might be moving their lips funny.  You might notice that they are having a difficult time swallowing or speaking. Make sure to observe them and if you notice something that is not normal or typical for that child, then follow through and see what it could possibly be.

The allergic reaction might occur within 30 seconds, 30 minutes, or even two hours later of taking the medication. In the case of the teenager I told you about, it was six hours later when he woke up that symptoms were seen. There's no timeline on this. If it's an infant you might not notice the difficulty swallowing until you're giving them their bottle or with a toddler when they're eating their food. If you see anything like that, call 9-1-1.

Another symptom you might see is a rash or hives on the body. This may appear as redness on the skin, bumps on the skin, or feeling itchy. It could also cause itching in the mouth. Itching could be a side effect and might not be an allergic reaction but you are not the one to determine that. Any itching, especially if it's itching around and in the mouth, is considered an allergic reaction and you need to get a professional and their emergency help.

If they have dizziness or confusion or if they faint that could also be a symptom of anaphylaxis. Other symptoms include if they suddenly have abdominal pain, nausea, vomiting, or any other sudden illness. This also includes lethargy as I mentioned previously where they simply go limp. That is an allergic reaction. The abdominal pain, nausea, and vomiting may be a side effect of the medication which is why you need to know the side effects of the medication. However, if they are suddenly having severe abdominal pain or they're throwing up and having additional problems that are not typical and have never happened with this medication before, consider it an allergic reaction and call 911. Do not wait because it can become very serious very quickly.

This Ask the Expert is an edited excerpt from the course, Administration of Medication in ECE Settings, in partnership with Region 9 Head Start Association, by Charlotte Hendricks, PhD. 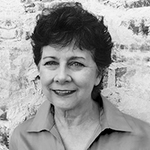 Dr. Charlotte Hendricks has promoted health education for young children, families, and teachers for over 30 years and pioneered curriculum development and evaluation for preschool health education. Nationally recognized as a leader in her field, her career has spanned public health, higher education, Head Start, and research. She often presents to early childhood programs and at state and national conferences, delivering high energy presentations to illustrate practical and cost-effective approaches to best practice, national standards, and issues facing today’s early childhood staff and families.

Charlotte served as Editor for Healthy CHILDCare magazine for 16 years and has published extensively, including HIP on Health®: Health Information for Caregivers and Families and Growing, Growing Strong: A Whole Health Curriculum for Young Children. Her latest book, Redleaf Quick Guide to Disaster Planning and Preparedness in Early Childhood and Schoolage Care Settings, exemplifies her ability to present essential information in an easy-to-follow format.

1 /early-childhood-education/ece-ceus/course/disaster-preparedness-for-ece-settings-31541 Disaster Preparedness for ECE Settings, in partnership with Region 9 Head Start Association A disaster or emergency situation can occur anytime and anywhere, often without warning. Through this training, participants will explore potential disaster/emergency situations in early childhood programs and appropriate responses to those situations. This course is presented in partnership with Region 9 Head Start Association's Training West. auditory, textual, visual

Administration of Medication in ECE Settings, in partnership with Region 9 Head Start Association